On my hike of the Appalachian Trail in 2019, I stayed with a friend in Virginia that showed me pictures of her dad as a late teen working on a survey crew. He had told her he worked on surveying the Appalachian Trail and that there is a marker on the trail with his name on it. I never did find the marker but would like to know more about the survey crew he was on, eg what was their mission, who are the other members. I've done some preliminary work at the National Archives in College Park, MD just before the pandemic. It appears he may have been on a WPA project.

I have several pictures of the survey crew and one of a telegram sent to him for his birthday while he was in Maine, in care of US Geological Survey, dated September 22 (no year), sent to Freeport, Maine. He is deceased and I only have second hand information from his children. His name is James L O'Connor, nickname Buck, and was with a survey crew in the 1930s. He was born and grew up near Lexington, Va. In the photo marked "Nat. Geo. Survey" Buck is the first man on the left. 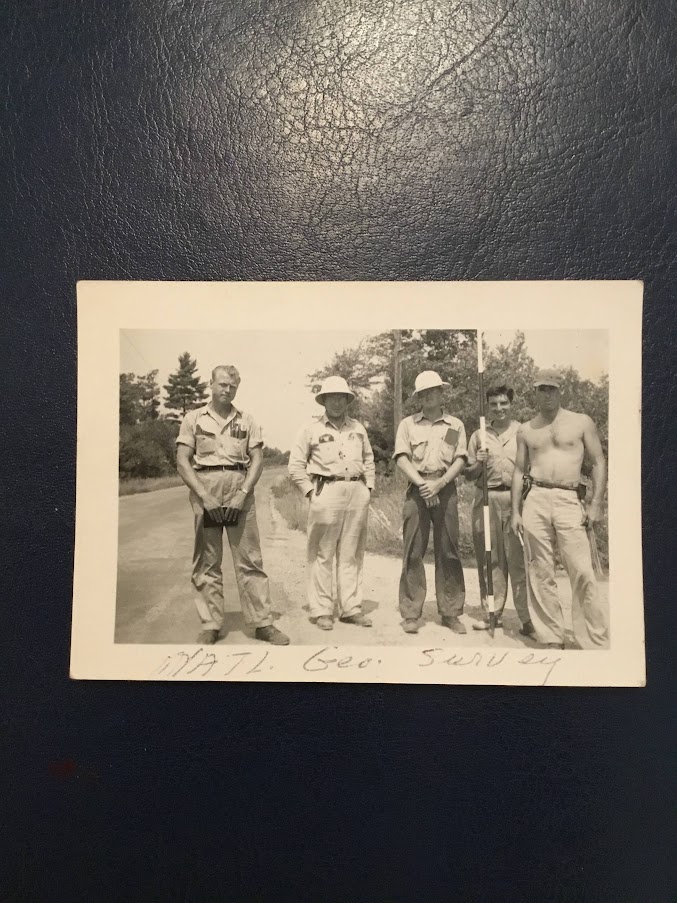 A telegram sent to him for his birthday while he was in Maine, Care US Geological Survey, dated September 22 (no year), sent to Freeport, Maine.

I have the same question (0)
This content has been marked as final.  Show 1 reply