Elder rights, in the United States, is not recognized as a constitutionally protected class. However, the rights of older people have been of increased importance and political concern during the 20th century and continuing into the 21st century. This is due to improvements in medicine extending the average life expectancy, urbanization, and industrialization changing the social structure in the United States resulting in Americans living longer and increasingly outside the traditional extended family structure. These changes meant that as the 20th century began, a larger number of older adults were living alone and in poverty in the United States.

This growing issue of poverty among older people was a major factor in the creation of the Social Security Act of 1935 to help provide economic security. Even with the worst issues of poverty being addressed, the issue of increasing healthcare costs helped lead in 1958 to the creation of the lobbying organization, the American Association of Retired Persons (AARP). The AARP was founded by Ethel Percy Andrus and Leonard Davis, promoting insurance to retirees and advocating itself as a lobbying group for Americans over the age of 50. The AARP started lobbying for medical care for older adults, placing their increasingly stronger lobbying power behind the cause. By the 1960s, an increasing population of older Americans and the growing expense of medical care resulted in the creation of Medicare under Title XVIII of the Social Security Act in 1965 to help provide medical security to people aged 65 and older. 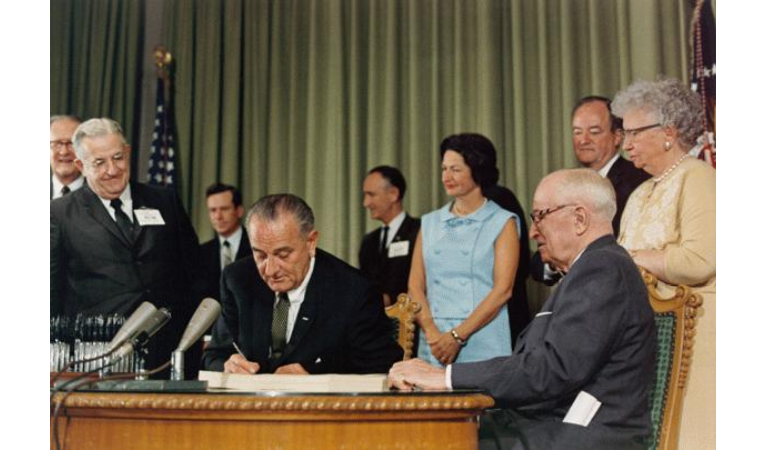 While Social Security and Medicare were not advancements in civil rights for older adults per se, they nevertheless made it clear that older people had a political voice. Now that the basic needs of income and medical care were addressed, there were other rights and needs that needed attention.

The Older Americans Act was also passed in 1965. This act provided the first Federal-level programs, aid, and grants designed to help older adults. To help facilitate the Act’s mission, the law allowed the creation of the Administration on Aging (AoA) within the Department of Health, Education, and Welfare (HEW). The AoA became the Federal Government’s advocate for matters concerning older Americans. 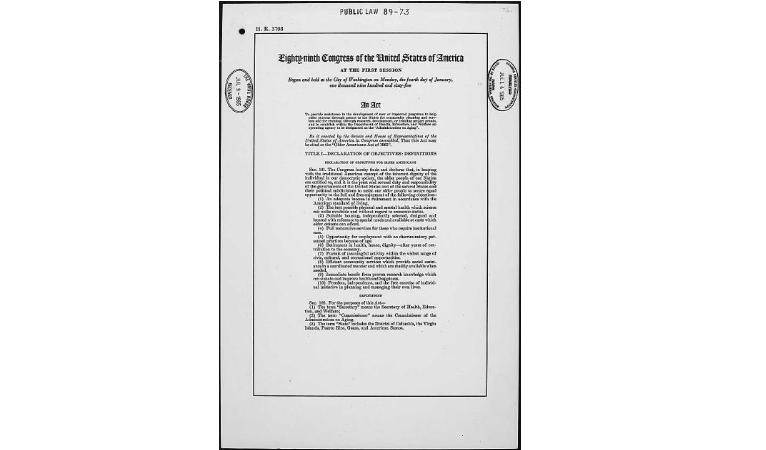 Over the years, the Older Americans Act was amended multiple times to address the needs of the community. The 2006 amendment dealt directly with the civil rights of older Americans, concerning the matters of long-term care and the growing problem of elder abuse in part by defining elder abuse and long-term care. The law also provided funding for Aging and Disability Resource Centers run by the states to help coordinate “comprehensive information on the full range of available public and private long-term care programs” amongst other aid.

The amendment also established the idea of “elder justice” which was “to prevent, detect, treat, intervene in, and respond to elder abuse, neglect, and exploitation and to protect older individuals with diminished capacity while maximizing their autonomy.” The 2006 amendment was designed to deal with the ever-growing population of older Americans and the increasing violations of their civil and human rights.

Age discrimination in the United States also became an increasing problem, elusive to document and difficult to prove when it did happen. President Lyndon Johnson and Congress attempted to tackle the matter with the 1967 law, the Age Discrimination in Employment Act (ADEA). The ADEA was meant to end age discrimination in employment for anyone over the age of 40. Specifically, the law looked to address age discrimination in hiring, wages, benefits, promotions, terminations, layoffs, and in retirement pensions.

But the Act had its limitations, including being limited to companies that employed more than 20 people and whose business crossed state borders. The law also, however, allowed companies to terminate employment for older employees under terms like “good cause” and “reasonable factors'' that outwardly appeared unrelated to age. This Act would be subject to amendments over the years, most notably in 1986, when the ADEA was amended to ban mandatory retirement in most work sectors. 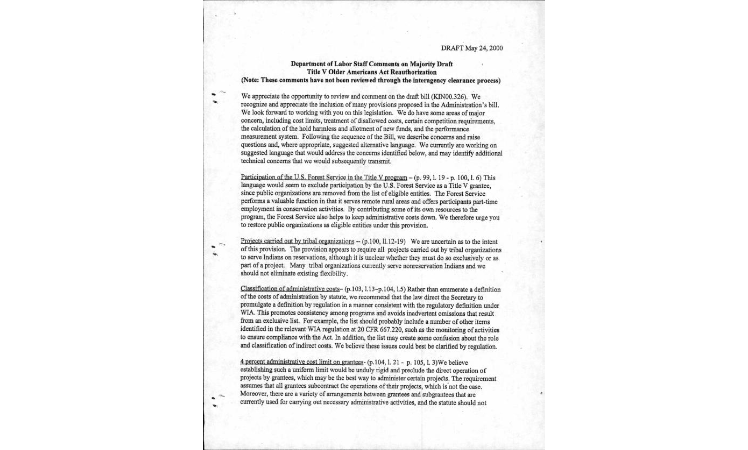 Federal records related to the rights of older Americans are dispersed over many record groups, much of which is not yet digitized for the National Archives Catalog. Such records involve the legislative process, the opinions and political support from various presidencies, decisions made in Federal Courts about these laws, and governance and legal enforcement of the new laws by various government agencies.

Even though elder rights are still not recognized as a constitutionally protected class, the struggle for their rights to life and health protection, as well as their civil rights against age discrimination, forced retirement, elder abuse, and exploitation remain ongoing today. This struggle is one deserving of acknowledgment and study, for it is very likely that most of us will someday become a part of this unprotected class.