Reports of Deaths Abroad are prepared by Consular officials at the direction of the U.S. Department of State. For American citizens whose deaths occur while living or traveling overseas, this form serves as the death certificate for insurance and other legal purposes in the United States. Current documentation (1975-present) remains in the custody of the Department of State, but the National Archives (NARA) is the repository for Reports of Deaths Abroad, 1789-1974. This blog will focus on how best to access the records created between 1910 and 1974. To view the blog post on the earlier records, please see: Reports of Deaths Abroad in the National Archives Catalog, Part 1: 1789-1910.

Like earlier records sets, most of these reports are filed within the Central Files of the Department of State. In 1910, the Department of State adopted the use of a filing system that was dependent on file numbers and country codes.  This file system remained in place until 1963; you can find the digitized Reports of Deaths Abroad here: Central Decimal Files, 1910 - 1963

The online catalog contains file units that include country names, personal names, and file numbers. Rather than searching the catalog for an individual’s name, you can begin by searching for a country name. This will allow you to browse in the correct file unit even if you have limited information. Please be aware that the files are divided into groups by date, and each file unit could contain a variety of countries. Always verify that you are in the right year range before you spend too much time searching through an individual file unit. (Please note that you can search by name, however, the results are often difficult to manage as these are large collections of images.)

The right side of each digitized file is marked with a file number.  Within the central file system, the first number is the subject  class, the next numbers represent the country, and the numbers after the decimal point are the subject (.113 is death abroad). 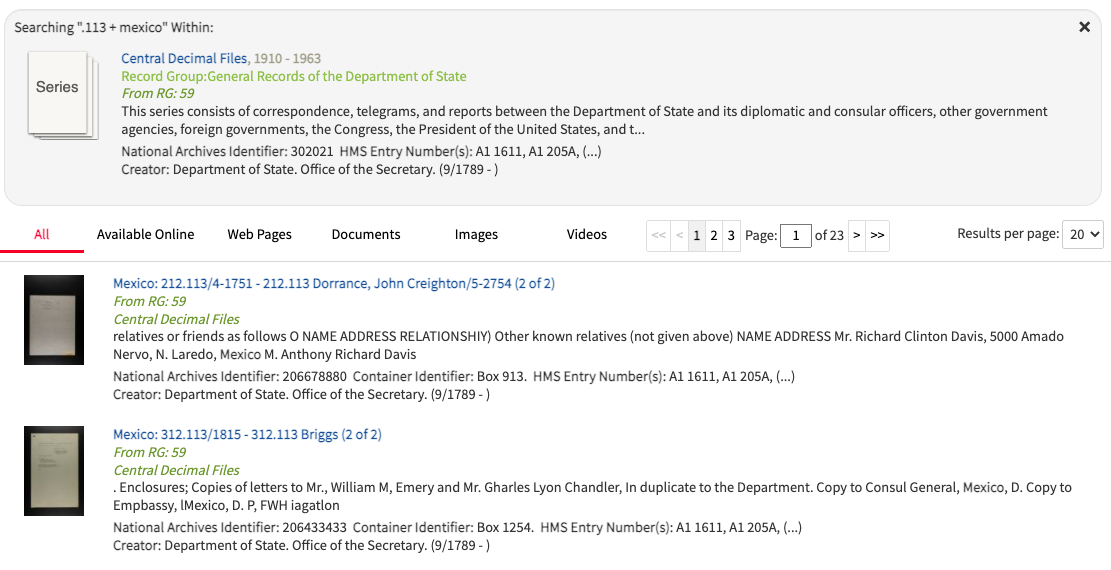 In 1963, issuing reports of death abroad became the work of the Office of Special Consular Services.  This office transferred the records from 1963-1974 as one unique series that is organized first by year and then alphabetically by last name.  These files are available in the National Archives Catalog here: Reports of the Deaths of American Citizens, 1/1963 - 12/1974. 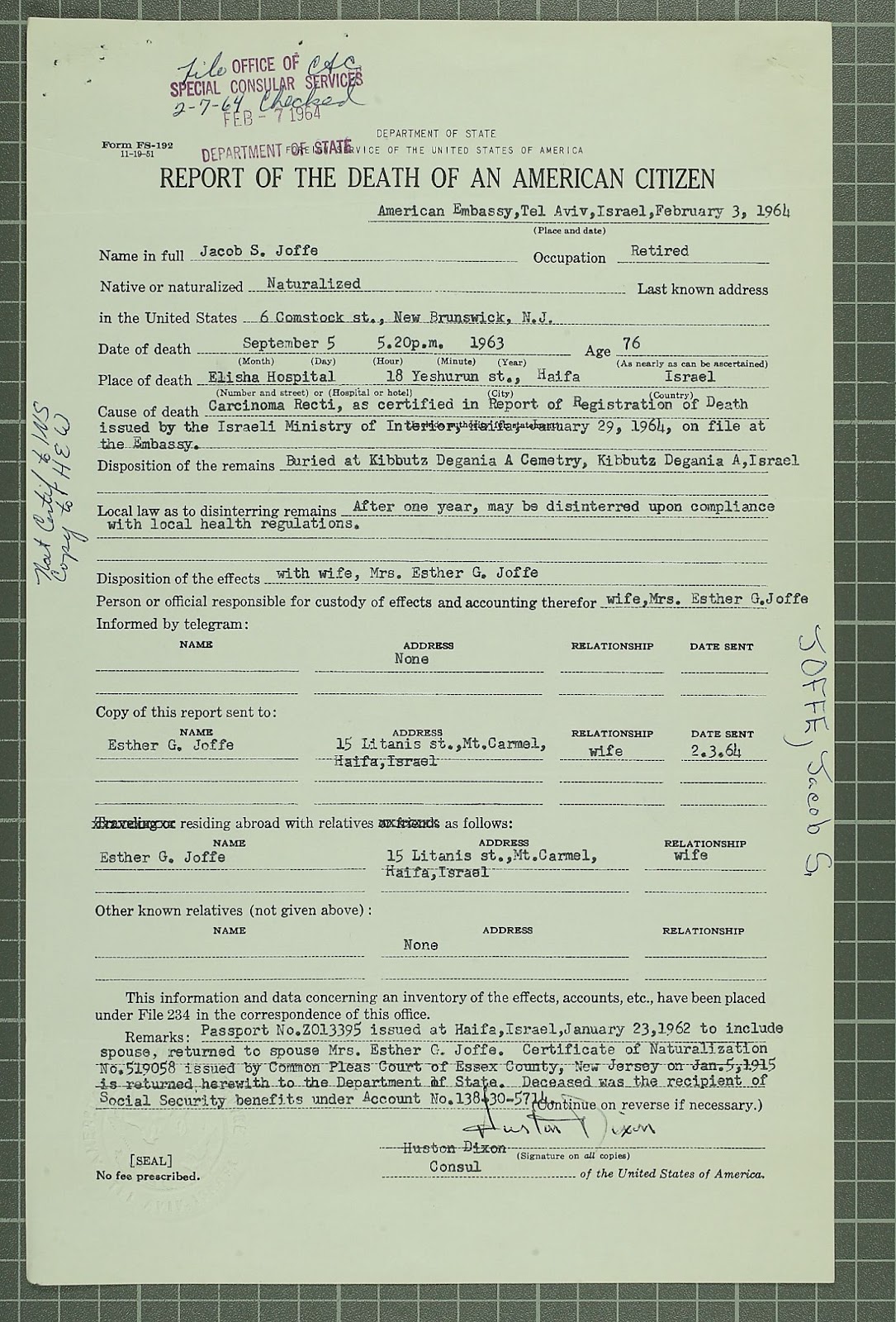 Between 1910 and 1974, you will find a standardized form and sometimes you will find additional material, particularly in the files created before 1963.  Individual circumstances still drive the format of the larger file, and they do remain a bit of a hodgepodge. However, in general you can expect to find: location, cause, and date of death;  name and age of deceased; occupation; last residence in U.S.; local or planned disposition of remains; and names of who was informed about the death (this could be family in the U.S. as well as travel companions).

If you have any questions about working with Reports of Deaths Abroad, please email the Textual Reference Branch at Archives II for more information: archives2reference@nara.gov.