At the direction of the U.S. Department of State, Consular officials prepare a Consular Report of Death of a U.S. Citizen Abroad when an American citizen dies while living or traveling overseas. This paperwork takes the place of a local death certificate for insurance and other legal purposes in the United States. Current documentation (1975-present) remains in the custody of the Department of State, but the National Archives (NARA) is the repository for Reports of Deaths Abroad, 1789-1974. This blog will focus on how best to access the records created between 1789 and 1910; a future post will cover records created between 1910 and 1974.

With few exceptions, the Reports of Deaths Abroad held by NARA are part of the Central Files of the Department of State. For many decades, researchers exclusively used microfilm to access the 1789-1910 records. Although that is still an option, in the last few years the National Archives added digital copies of these records to the National Archives Catalog.

From 1789 to 1905, Reports of Death Abroad were part of the Despatches from U.S. Consular Officers, 1789 - 1906. In the National Archives Catalog, the records are arranged by city and then by date. To effectively search in this time period, you will need some concrete information about the person you’re searching for including where they died and an approximate year. One helpful tip is to check the register on the first file unit of each city. Although it is not a foolproof method, the register will generally list all of the topics covered on the roll, and records relating to death are included. With the information provided,

you can search more efficiently within the 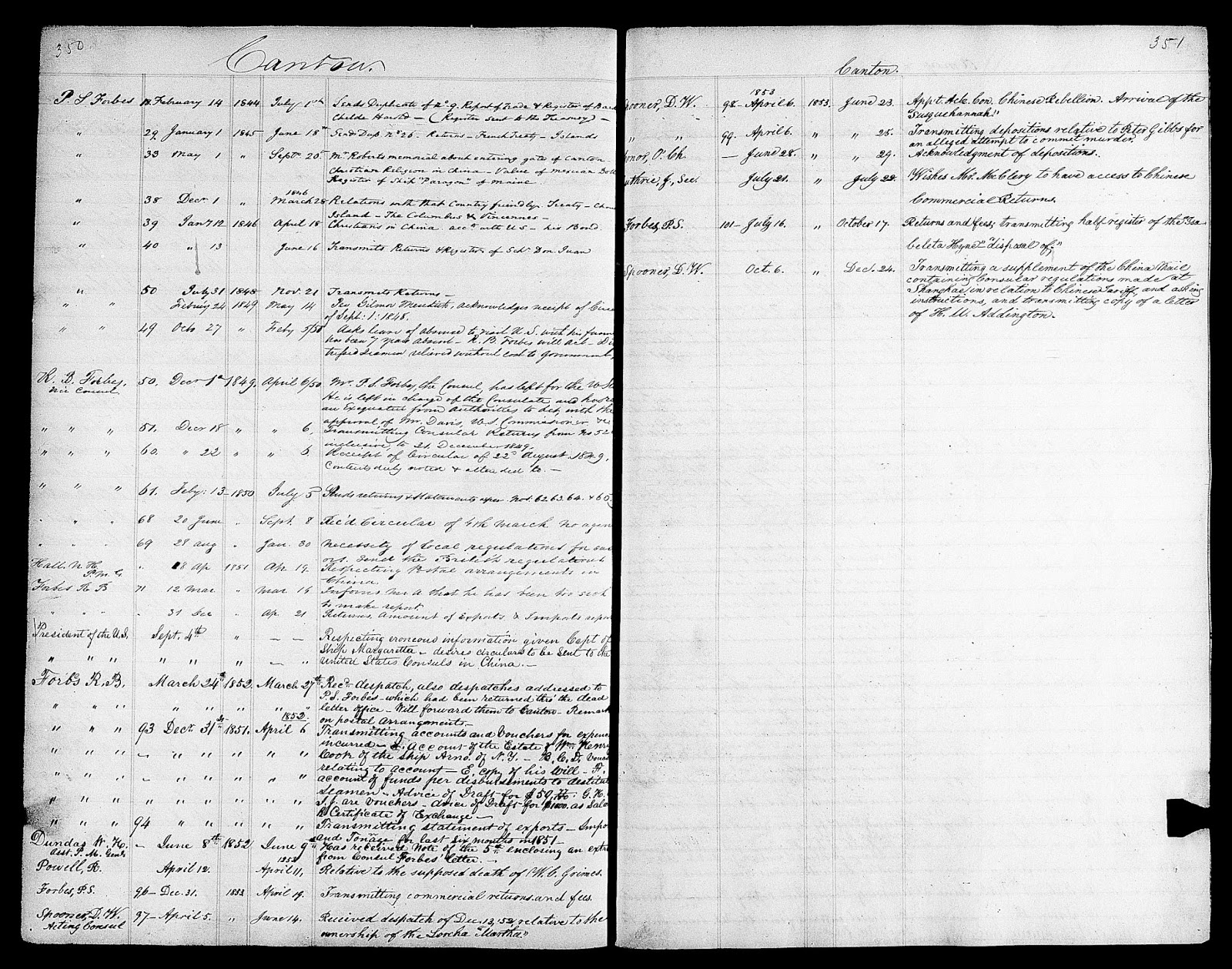 From 1906-1910, the Department of State interfiled Reports of Death Abroad within the Numerical Files, 1906 - 1910. Unlike earlier records, the Numerical Files have a useful index, which is also digitized and available in the Catalog: Card Index to the Numerical and Minor Files, 1906 - 1910. The index will give you a name, a very brief description of what the file is about, and a file number. Once you have that file number, you can go right to the correct roll, and from there you can browse the file unit until you find the correct image. 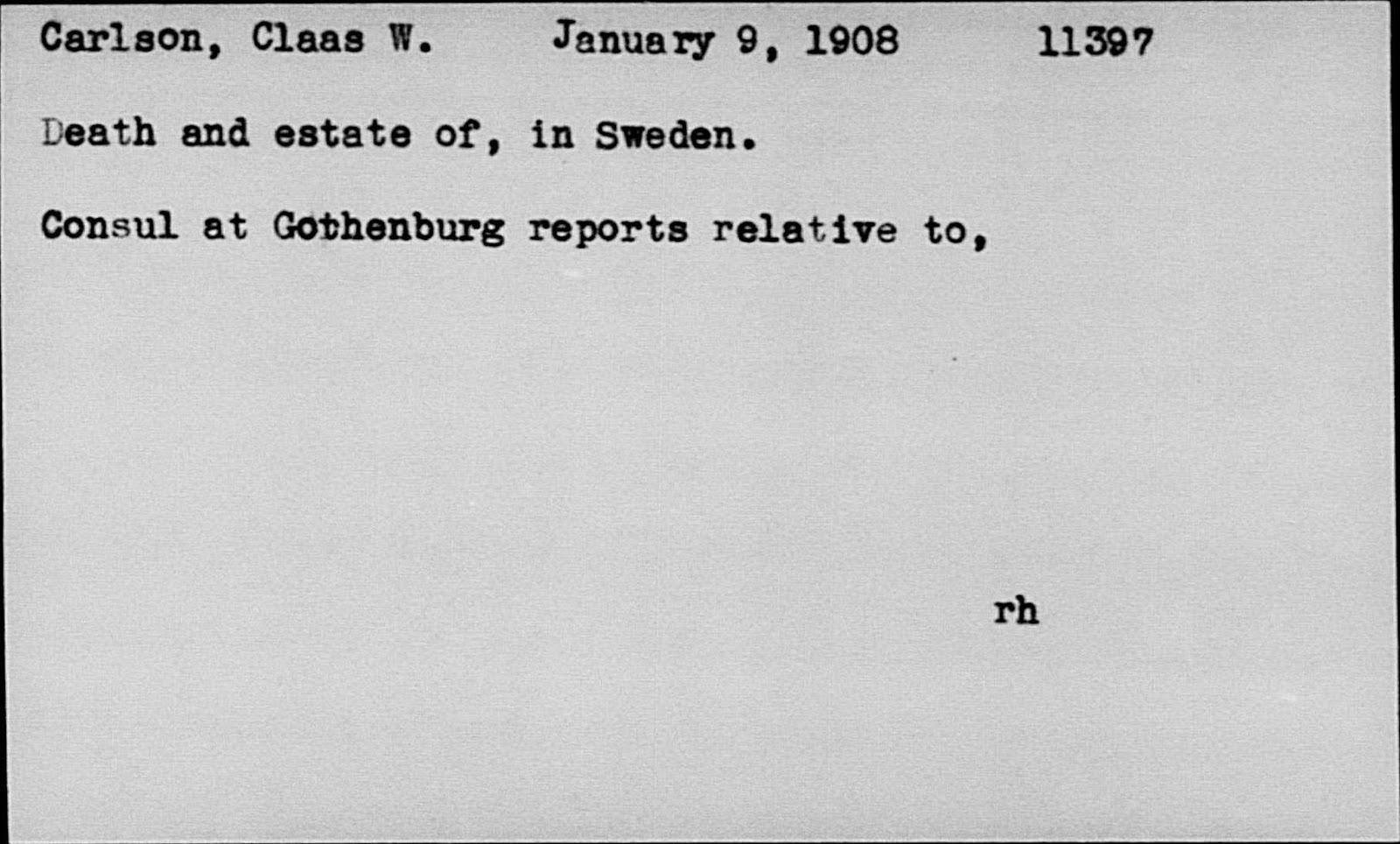 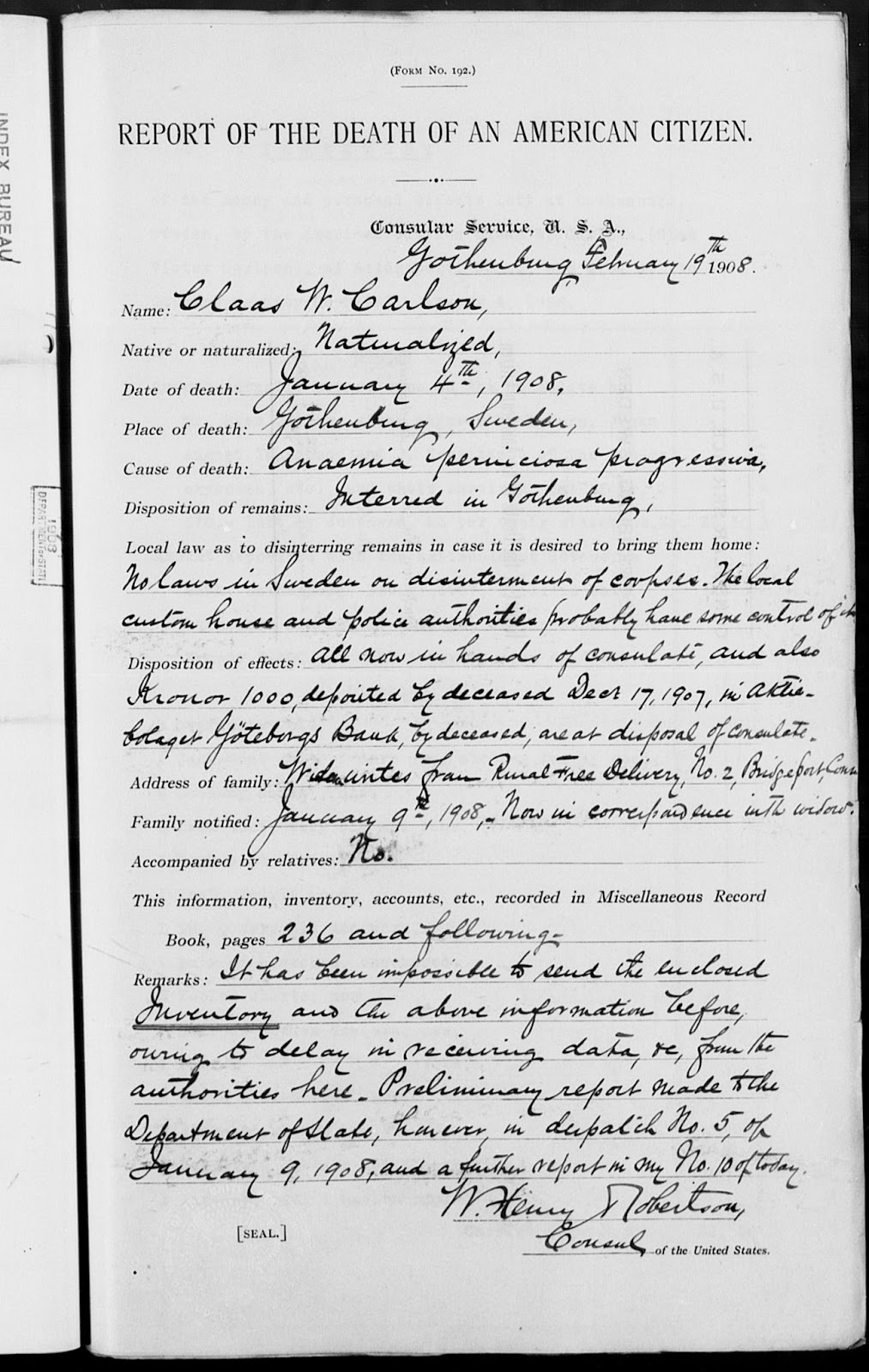 If you have any questions about working with Reports of Deaths Abroad, please email the Textual Reference Branch at Archives II for more information: archives2reference@nara.gov.