The Bankruptcy Reform Act of 1978 created the U.S. Bankruptcy Court to handle the large volume of bankruptcy filings facing the Federal District Courts. From November 6, 1978, and beyond, the Bankruptcy Courts handle all administrative actions and filings for case files.

The Courts create a docket for each case file. Entries are added to the case docket sheet as records are filed in the case. Dockets include: case file number, party name(s), dates, and documents filed. They can provide an overview of what happened within a case. Additional information may be available by time period, court type, and court location. They can range in the number of pages from one to many.

Let’s look at a couple of docket examples from the Bankruptcy Courts. Dockets can include unexpected research clues and point to where to look next.

U.S. Bankruptcy Court for the Cleveland Division of the Northern District of Ohio, Bankruptcy Dockets 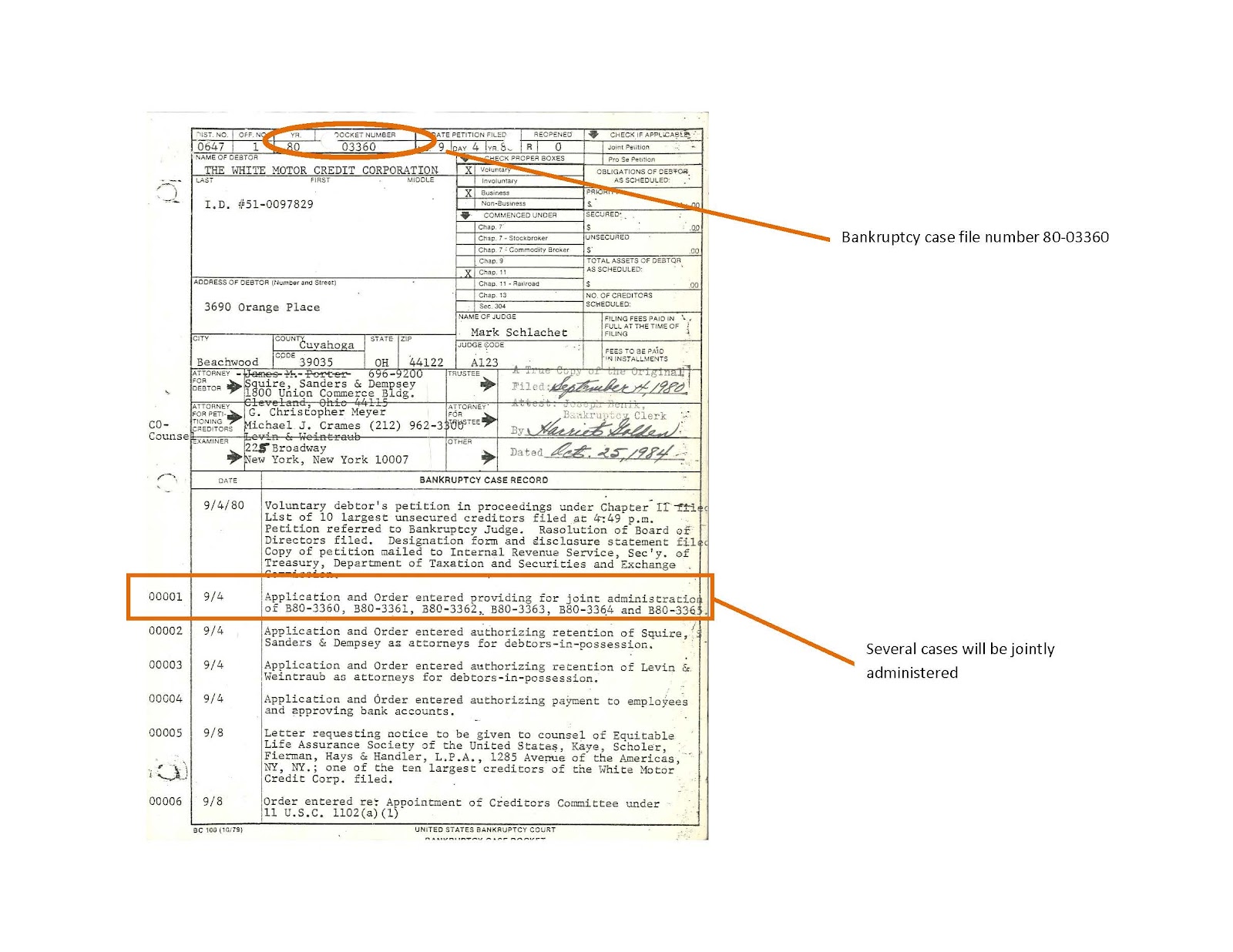 Caption: Docket page 1 from the bankruptcy case 80-03360 in the matter of The White Motor Credit Corporation

This provides several details that would interest a sleuthing researcher: type of filing--voluntary v. involuntary; applicable bankruptcy sub-chapter; and document numbers on the far left-hand side of the sheet. 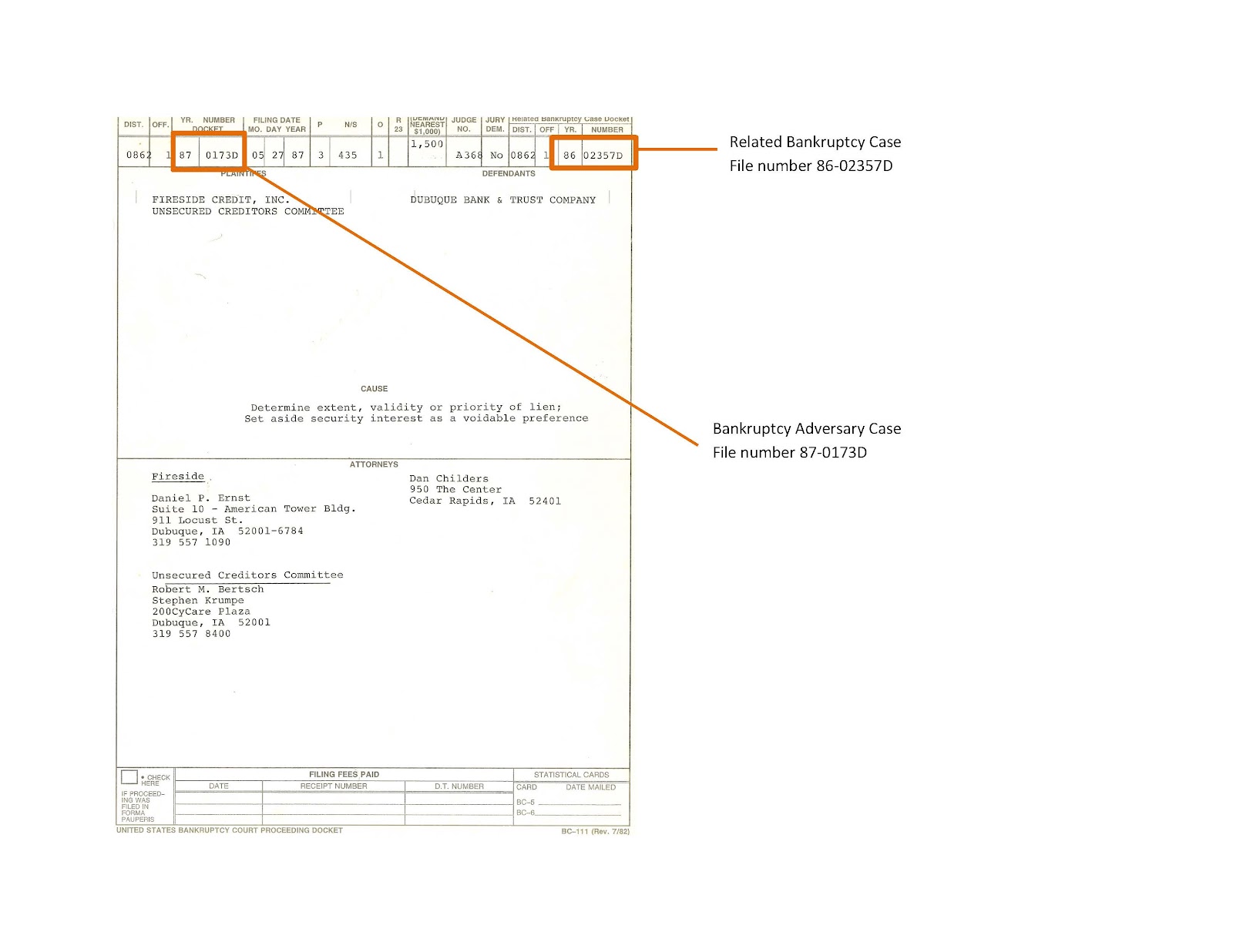 Since the docket points to two bankruptcy case files, use form category headers to determine what is the primary focus of the docket. In this instance, the docket relates to the bankruptcy adversary litigation while the regular bankruptcy case is labeled as “related.” Adversary dockets list the court papers filed regarding personal and corporate bankruptcies that involve a legal dispute between one or more creditors and an allegedly bankrupt debtor regarding contested matters about debts.

Want to explore more about court dockets? Check out the following posts: