The Courts create a docket for each case file. Entries are added to the case docket sheet as records are filed in the case. Dockets include: case file number, party name(s), dates, and documents filed. They can provide an overview of what happened within a case. Additional information may be available by time period, court type, and court location. They can range in the number of pages from one to many.

Let’s look at a couple of docket examples from the Federal District Courts. Dockets can include unexpected research clues and point to where to look next!

U.S. District Court for the Albany Division of the Middle District of Georgia 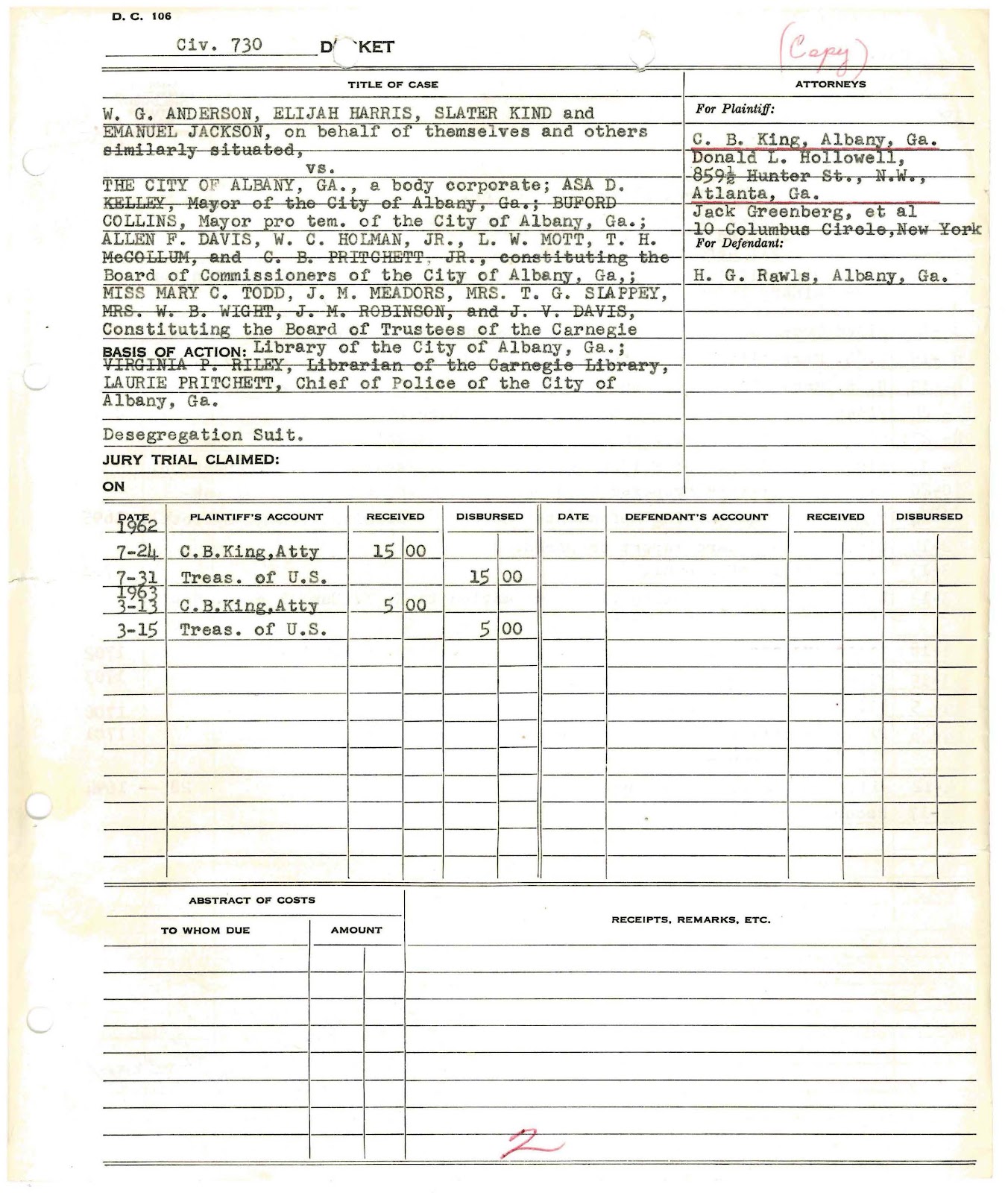 This copy of the docket was included in the Civil Case File that relates to the historical events surrounding the "Albany Movement." Civil rights leaders in Albany, Georgia, tried to mobilize to protest local segregation practices and were confronted by the mayor and police chief. Dr. Martin Luther King, Jr. went to Albany, preached, was involved in the meetings, and was arrested.

U.S. District Court for the Dallas Division of the Northern District of Texas, Civil Dockets, 1938 - 1990 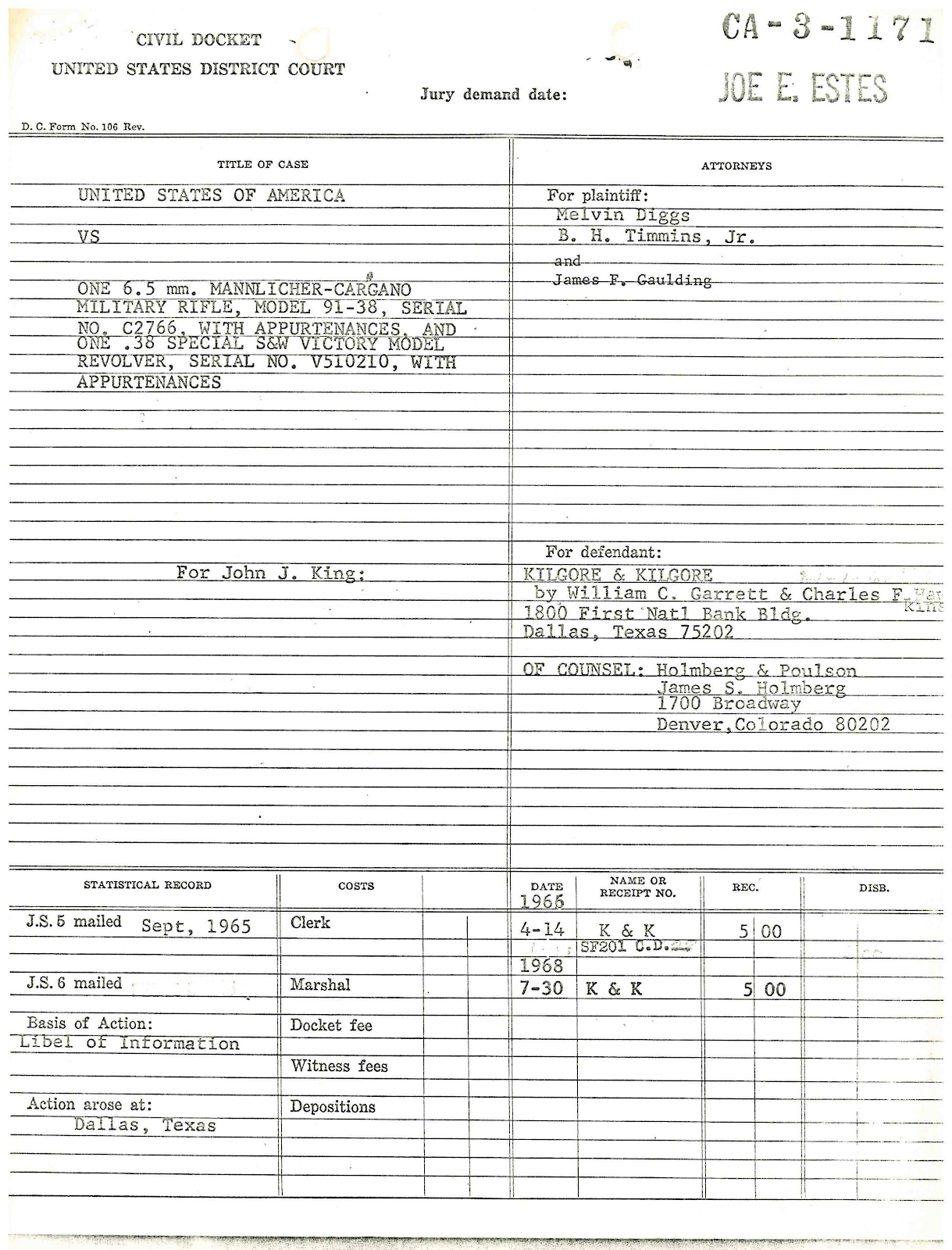 This record is page one of the docket sheets from the litigation brought to confiscate, from Marina N. Oswald, the rifle used to kill President John F. Kennedy and the revolver used to kill J. D. Tippit. 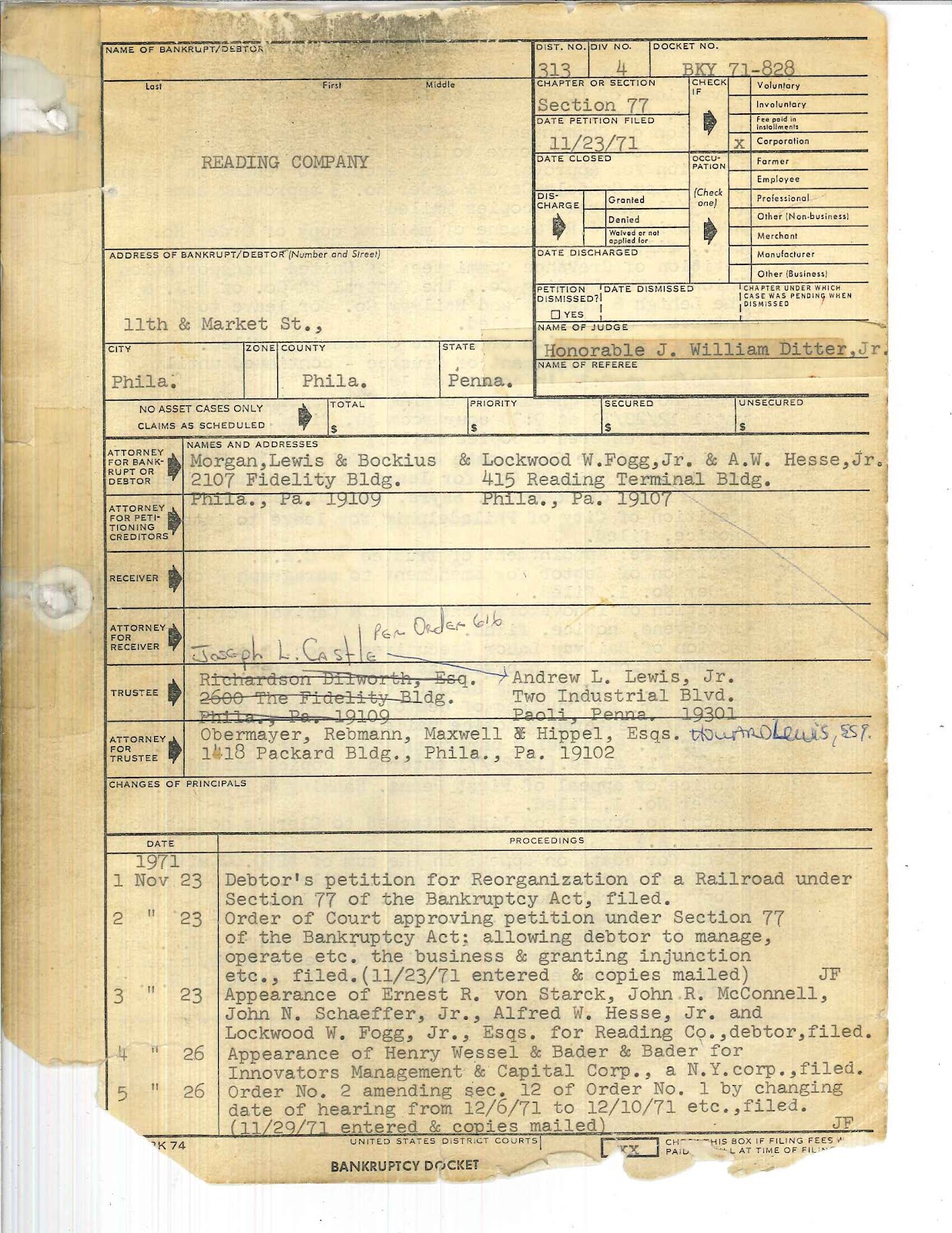 This lengthy docket consists of 349 pages listing actions and filings in the bankruptcy case of the Reading Company. With filing dates associated with each of the proceedings, the document is a timeline for brief understanding what happened in the case. The lengthy docket is a clue that the case is equally voluminous.

Want to explore more about court dockets? Check out the following posts: